We've all been part of or observed those famed internet arguments, the ones that might start off civilized and end up taking a deep dive into full on aggression. It's really easy to get sucked into these "conversations", especially when the topic of debate is something you are REALLY passionate about. The problem is, these debates probably are not having the effect you want, either on your opposition, or yourself.

TL;DR A balanced approach dog walker had punishment used on them, and their response showed 3 different negative outcomes of using punishment that positive-reinforcement based dog handlers often warn against.

Because I'm an active member in the dog training/walking world, I'm going to use an example from that circle. There are many dog focused facebook groups, filled with members that all have different philosophical views on which methods are and are not appropriate when handling the dogs in their care. Both sides are very passionate about their beliefs, and sometimes, the debates can get a little heated. To simplify it, I'm going to break this down into a two-sided debate, but in reality it is much more complicated; positive-reinforcement based (Fear/Force Free) handlers vs. balanced based handlers. For those not involved in the industry or unaware, the first group believes strongly in using rewards and strong management procedures to handle dogs, while the second group does not have so much of a problem using punishment to train dogs.

Here I have to interject and say that I stand in the first group, and try and integrate positive reinforcement (R+) and applied behaviour analysis (ABA) in all aspects of my life, and the rest of this article will be centered on my analysis of a specific situation.

The community of R+ based handlers is a strong, and loud. Whenever there is a post that mentions or shows a piece of equipment that they disagree with the use of (prongs/pinches/chokes/slips/e-collars), comments like these may pop up:

"Wow that is so sad for that dog."

"Omg those people need to get educated"

"Using those tools is just abuse"

Now here's a message I received from a member that sits in the other camp (balanced handlers):

"We feel like outsiders to the rest of the community of pet professionals because of our beliefs, and we are constantly being shut down. Because we don't feel comfortable openly conversing we get together outside of the group. We don't bother trying to defend our beliefs anymore because every comment or post gets turned into a huge fight, ending with us being shamed. If feels like people actively seek out and target pro-balanced trainers."

Buckle down, because here comes the behaviour analysis!

Let's start with the ABC's of behaviour: antecedent arrangement (the set up or cue), behaviour (what the learner does), and consequence (either reinforcement or punishment). The learners in this situation are the handlers that agree with balanced handling

Behaviour: Picture of text depicting/describing the use of a prong/pinch/e-collar/slip/choke or mention of

Consequence: Language that puts down the use of said devices/methods.

Stay with me, because now we have to really dive into different kinds of consequences.

If we go back and look at the consequence to our scenario, and then at the response of the learner, what category of consequence do you think was used? I think it's pretty clear: positive punishment. The comments made were not something the learner found reinforcing. In fact it made them feel bad.

A few things happened as a result of this interaction, and spoiler, it's not exactly what the R+ supporters actually wanted to happen!

The learner (balanced handler) had the following behavioural/emotional changes after having positive punishment applied to them:

Note that the behaviour of actually using aversives was NOT affected!

My point in writing this article is to bring to light that the fallout associated with using aversive methods (positive punishment and negative reinforcement) are real. It's not something that can only be observed in a lab, or some theoretical nonsense that doesn't hold up in the real world.

The good news is, you can handle future situations differently. You can use positive reinforcement and if required, negative punishment to help facilitate positive change in the way people do or think about.... anything!

If you see a comment that you dislike or disagree with, you can humanely punish that behaviour by not responding to it.

Modelling behaviour is a great way to encourage others to do the same. So if you share articles and science related to the topic and present it as a discussion topic, you are modelling the behaviours of researching/education, and positive internet discussion.

Lastly, it's important to realize that you will never change anybody's mind by throwing a bunch of information at them all at once, especially information that they are already on the "opposing side" to. Here's a great article by The Oatmeal on the Backfire Effect that I absolutely love.

So get out there and practice what you preach, with your dogs and with the internet. Good luck!

The line in the sand between trainers and walkers

Effectiveness is Not Enough

Finding the right dog walker for you 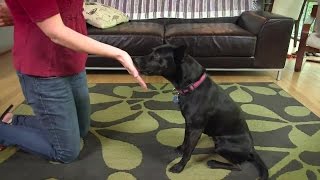 Unleashed in the Park!